Last week I spent a few days in Oxford visiting my parents. I was brought up in Oxford. As a teenager I considered Oxford to be such a boring, dull place to live. It was only once I'd left, and returned as an adult, that I fully began to appreciate what a beautiful city it is.
On the first day I was there last week we went for a walk around Christchurch Meadows, a large area of pasture land in the centre of Oxford that belongs to Christchurch College. We walked into town first, the sky was cloudless. As we approached the town centre we saw Magdalen Tower.

We walked around Christchurch meadows along the river. The grass banks, the gravel path and the puddles were striped with breathtaking shadows and reflections. 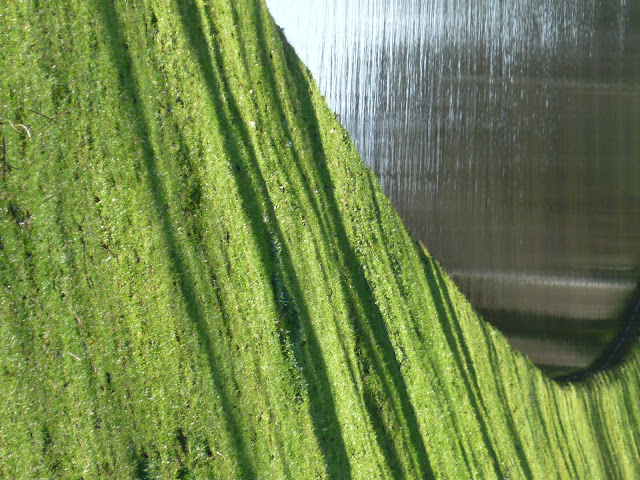 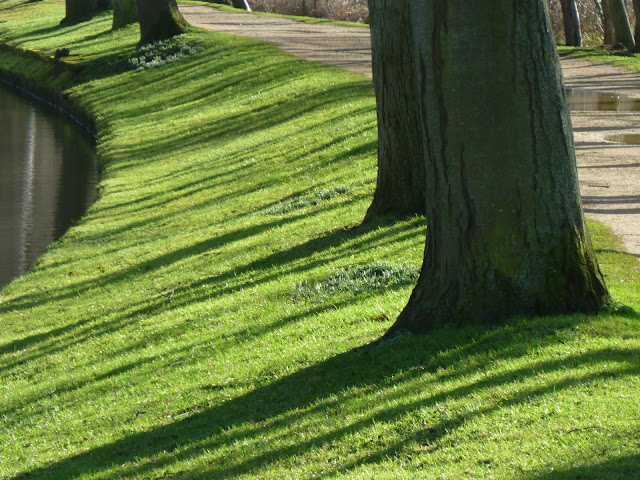 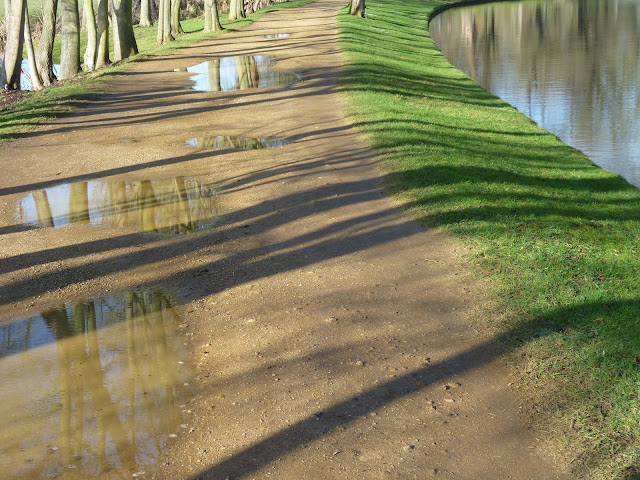 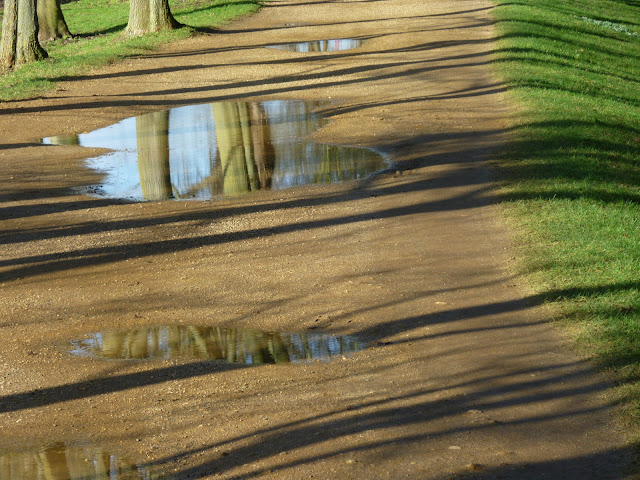 The colours were so intense. 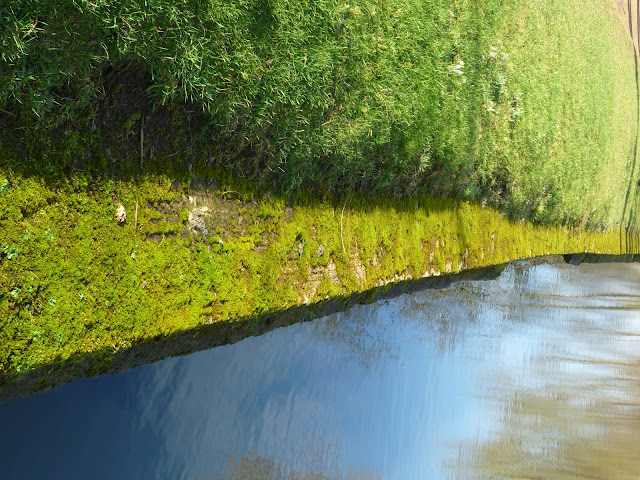 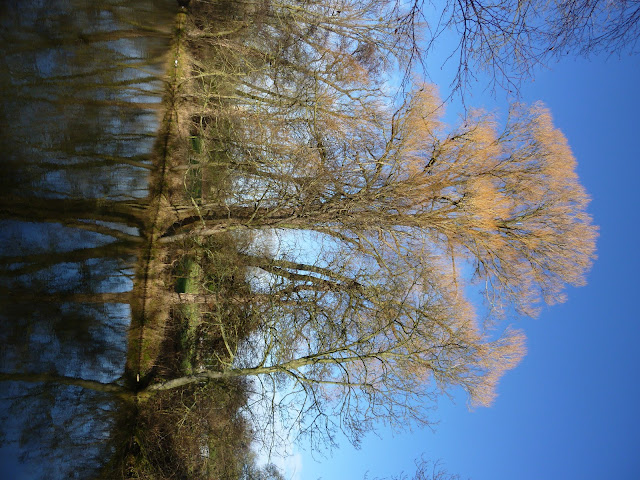 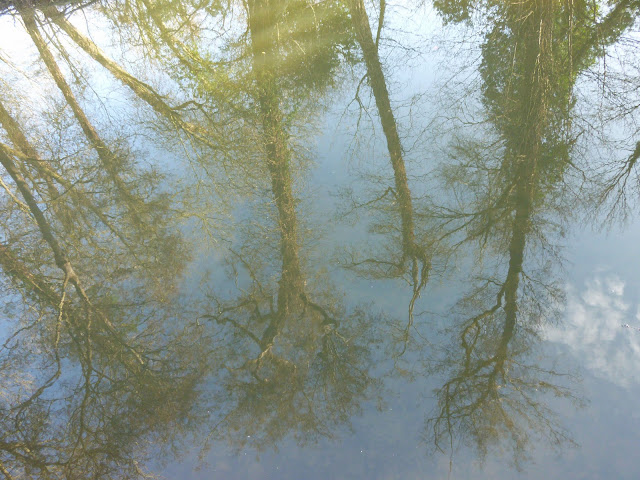 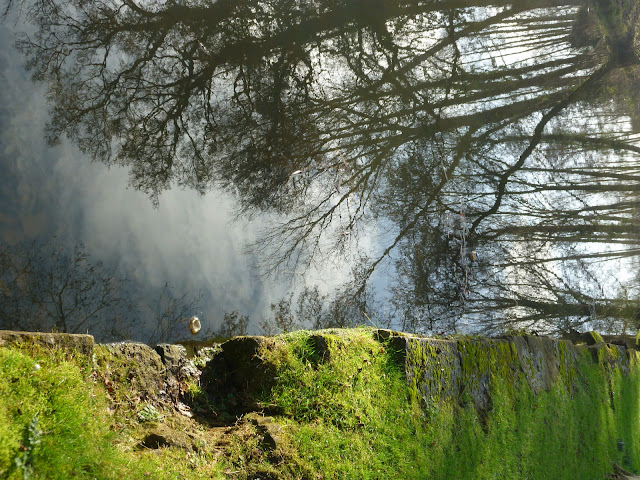 As we walked along the river Isis (the river Thames is called the river Isis in Oxford), we saw a family of swans. Their feathers were puffed up. I'm not sure if this was to keep them warm or to serve as sails, either way they looked wonderful. 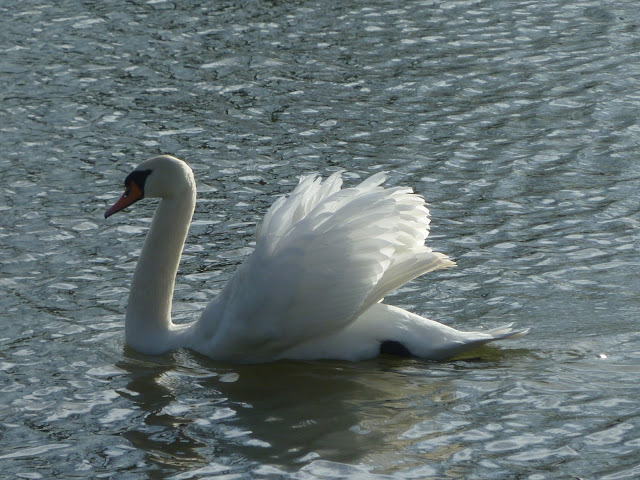 bbonthebrink
I’m a Swiss Australian Brit living in Paris. In no particular order - architect, mother, development specialist, graphic designer, photographer, wife and friend. Join me in my journeys through the City of Light. Copyright © all rights reserved.

All photographs on this blog are taken by me.
If you would like to use any of my photographs please ask for permission. Thank-you.